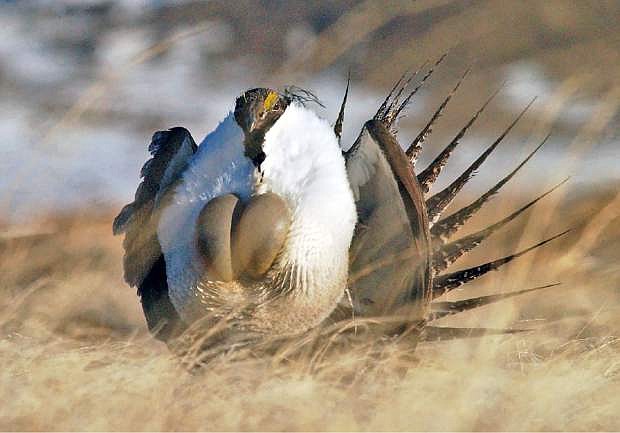 FILE - In this April 15, 2008 file photo, a male sage grouse performs his &quot;strut&quot; near Rawlins, Wyo. In a statement Friday, Dec. 20, 2013, Nevada&#039;s U.S. senators released a statement that they are orchestrating a bipartisan discussion on how best to protect sage grouse in the Silver State, with the goal of staving off a listing by the federal government under the Endangered Species Act. (AP Photo/Rawlins Daily Times, Jerret Raffety, File) NO SALES 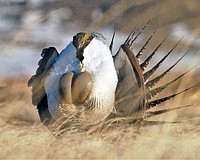