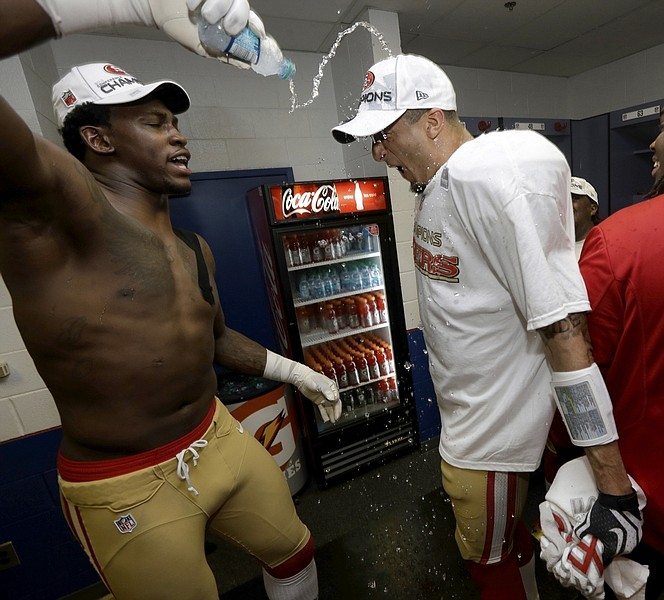 San Francisco 49ers&#039; Colin Kaepernick has water thrown on him as he celebrates with teammates after the NFL football NFC Championship game against the Atlanta Falcons Sunday, Jan. 20, 2013, in Atlanta. The 49ers won 28-24 to advance to Super Bowl XLVII. (AP Photo/Dave Martin) 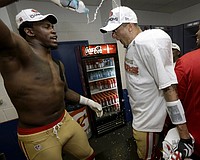