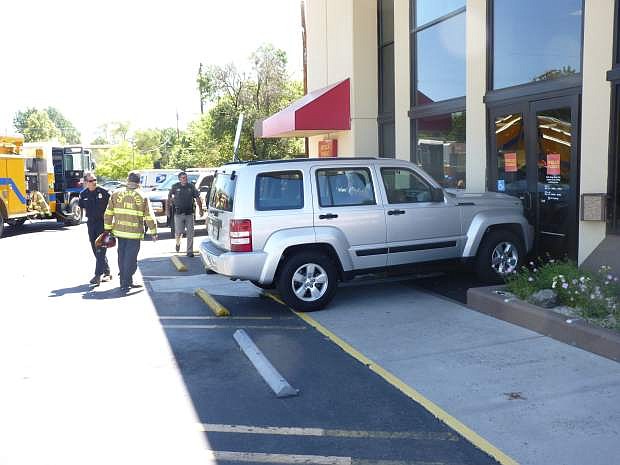 A 78-year-old woman crashed a Jeep 4X4 into the Wells Fargo Bank at 211 N. Stewart Street shortly after 11 a.m. Monday. According to police at the scene, the woman received minor cuts to the hand and arm, but refused treatment. She allegedly accellerated instead of braking. The bank received some damage to the wall next to the front doors, but remained open for business. Customers are advised to use the side door facing Stewart Street. 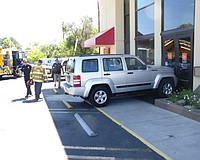