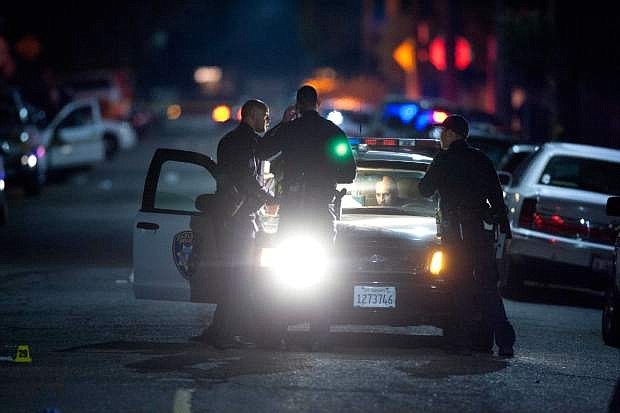 In this Monday Nov. 25, 2013 photo, Oakland police officers confer and gather evidence at the scene of a multiple shooting at the intersection of 96th Avenue and Olive Street in Oakland, Calif. Seven men were wounded, two critically, when gunfire erupted on an Oakland street and continued for several blocks, police said. (AP Photo/Bay Area News Group, D. Ross Cameron) 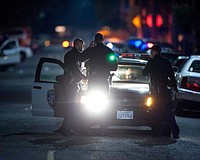