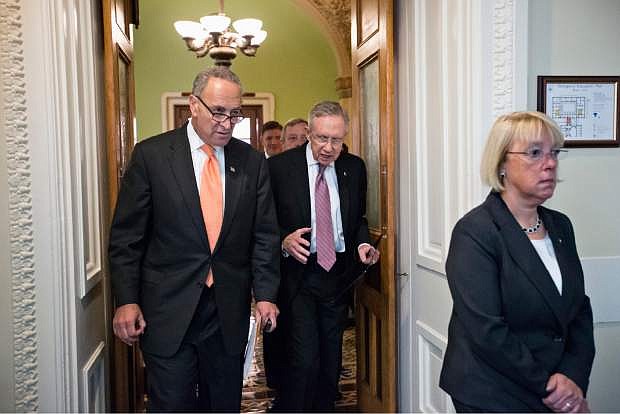 From left, Sen. Charles Schumer, D-N.Y., Senate Majority Leader Harry Reid of Nev., and Senate Budget Committee Chair Sen. Patty Murray, D-Wash., walk to a news conference on Capitol Hill in Washington, Wednesday, Oct. 2, 2013, to announce to reporters that President Barack Obama has invited the top leaders in Congress to meet with him at the White House to seek a solution to the government shutdown crisis. A funding cutoff for much of the government began Tuesday as a Republican effort to kill or delay the nation&#039;s health care law stalled action on a short-term, traditionally routine spending bill. Lawmakers in both parties have ominously suggested the partial shutdown might last for weeks. (AP Photo/J. Scott Applewhite) 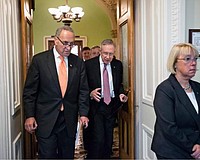