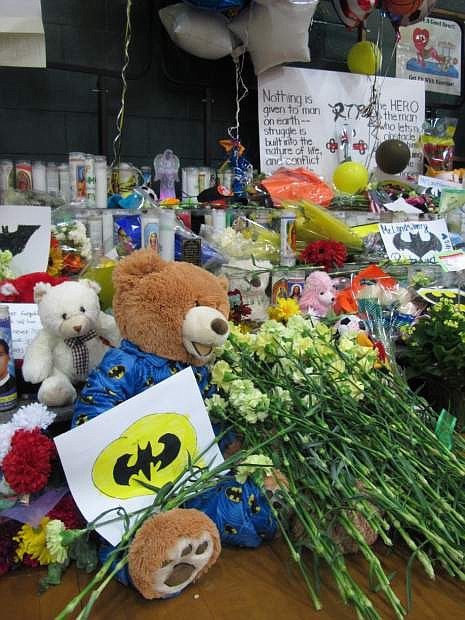 This photo shows a memorial to fallen teacher Michael Landsberry, that Sparks Middle School officials moved inside the gymnasium, on Thursday, Oct. 24, 2014, in Sparks, Nev. Students are to return to classes on Monday, a week after a 12-year-old gunman killed Landsberry and wounded two classmates before turning the gun on himself. (AP Photo/Scott Sonner). 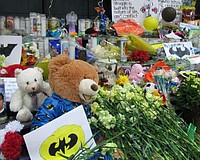 Sparks shooter was a typical kid, not a loner, friend says

SPARKS — The Nevada middle school student who killed a teacher and wounded two classmates before turning the gun on himself appeared to be a typical 12-year-old who liked soccer, was good at video games and didn’t have a lot of friends but “didn’t seem to be a loner,” a friend said Friday