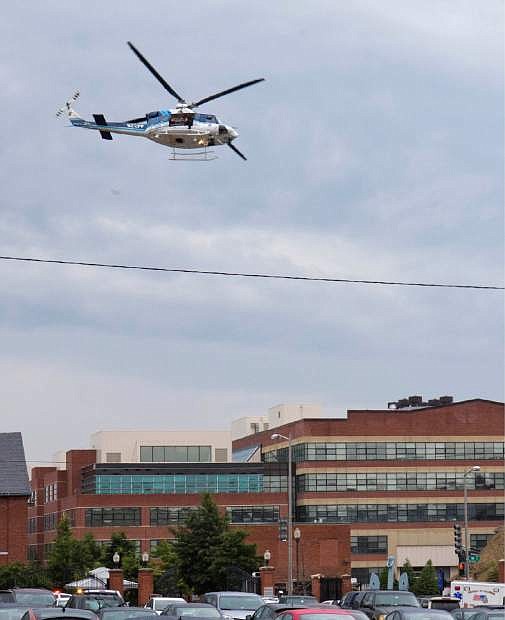 A U.S. Park Police helicopter circles the Washington Navy Yard Monday, Sept. 16, 2013, after a gunman was reported at the Navy Yard. Earlier in the day, the U.S. Navy said it was searching for an active shooter at the Naval Sea Systems Command headquarters, where about 3,000 people work. The exact number of people killed and the conditions of those wounded was not immediately known. (AP Photo/Jacquelyn Martin) 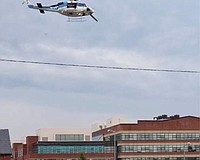 Death toll in shooting rampage is 13