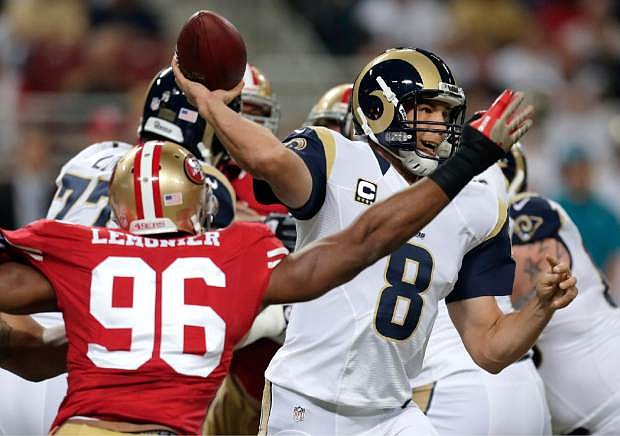 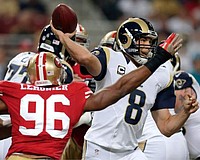 ST. LOUIS — Missing some of their biggest stars, the San Francisco 49ers put their foot down. They put the St. Louis Rams back in their place, too.