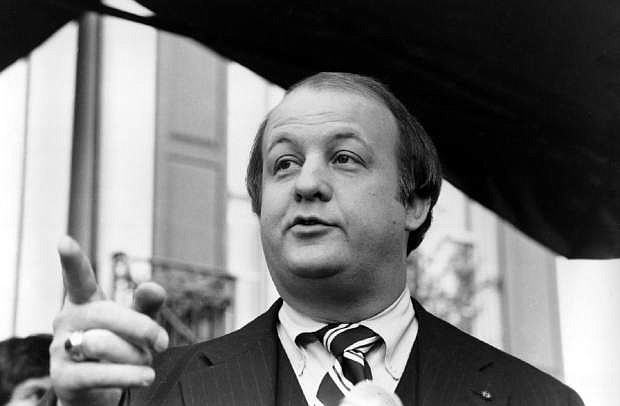 FILE - This Jan. 6, 1981 file photo shows James Brady, selected by president-elect Ronald Reagan to become his press secretary, talking to reporters after the announcement was made in Washington. Brady, the affable, witty press secretary who survived a devastating head wound in the 1981 assassination attempt on President Ronald Reagan and undertook a personal crusade for gun control, died Monday. He was 73. (AP Photo/Walt Zebowski, File) 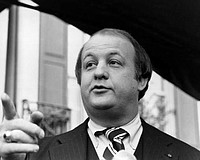