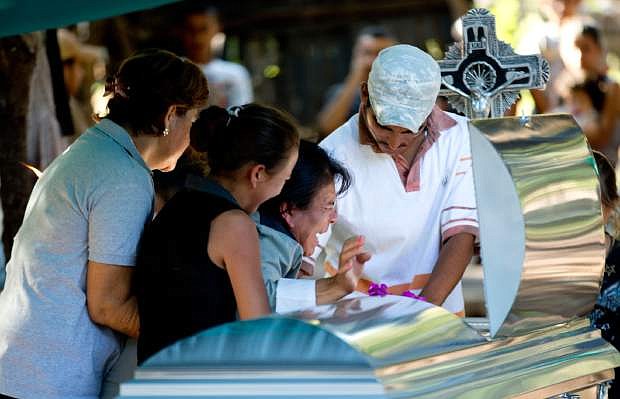 CORRECTS TO REMOVE THE WORD CROSSFIRE TO CLARIFY ALLEGED CIRCUMSTANCES- Juana Perez, third from left, cries beside the coffin of her son Rodrigo Benitez, 25, killed in the recent fighting in Antunez, Mexico, Tuesday, Jan. 14, 2014. The government moved in to quell violence between vigilantes and a drug cartel, and witnesses say several unarmed civilians were killed in an early Tuesday confrontation. According to family members at the funeral, Benitez died after soldiers opened fire on self-defense vigilantes and their supporters, after the crowd surrounded a military convoy and refused to let their vehicles proceed, amid fears the military was going to try to disarm the self-defense forces. (AP Photo/Eduardo Verdugo) 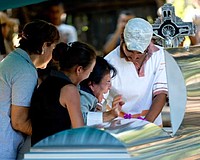