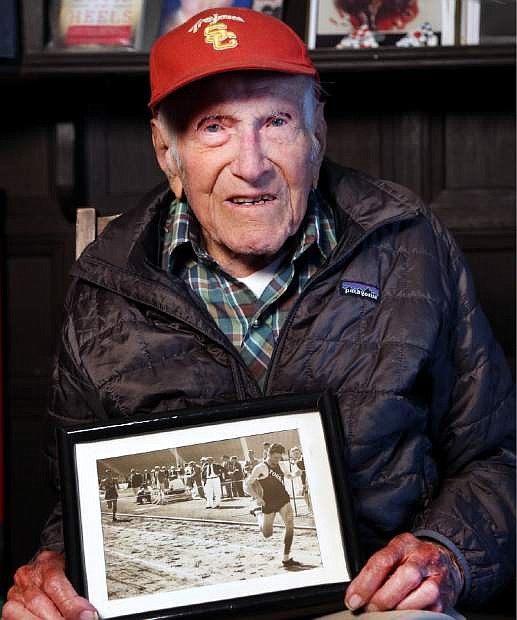 This Jan. 21, 2014 photo provided by USC Dornsife College of Letters, Arts and Sciences, Louis Zamperini displays one of his photographs as a student and sprinter, at his Los Angeles home. Zamperini, a U.S. Olympic distance runner and World War II veteran who survived 47 days on a raft in the Pacific after his bomber crashed, then endured two years in Japanese prison camps, died Wednesday, July 2, 2014, according to Universal Pictures studio spokesman Michael Moses. He was 97. (AP Photo/Matt Meindl/USC Dornsife College of Letters, Arts and Sciences) 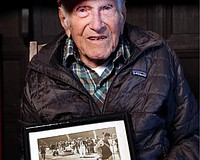