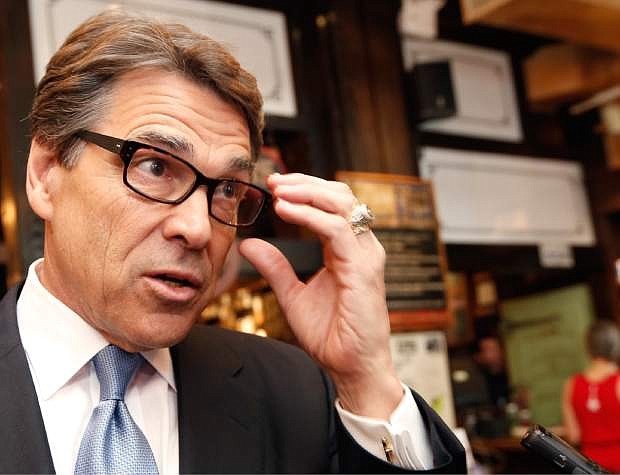 FILE - In this April 23, 2014 file photo, Texas Gov. Rick Perry speaks to the media after meeting with business owners in New York. A Texas land dispute has Perry and the Republican candidate favored to replace him, Greg Abbott, decrying the same federal agency currently embroiled in an armed standoff in Nevada. (AP Photo/Kathy Willens, File) 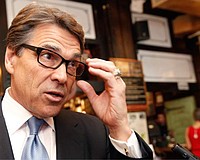