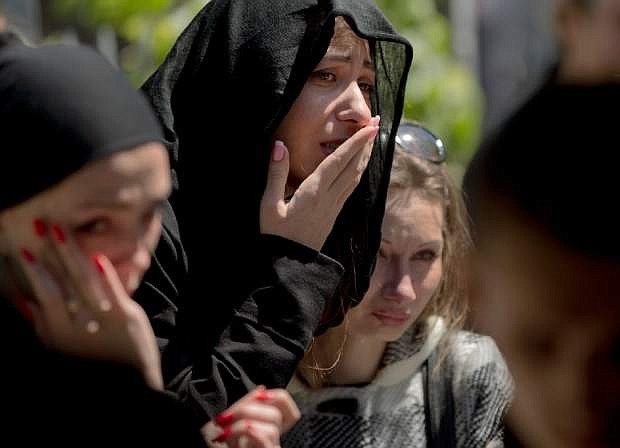 The girlfriend, center, of Andrei Brazhevskiy, a pro-Russian activist, cries during his funeral in Odessa, Ukraine, Wednesday, May 7, 2014. Brazhevskiy, 27, died after jumping out of the burning trade union building in an attempt to escape Friday&#039;s fire that killed most of the 40 people that died after riots erupted last Friday. Girlfriend&#039;s name is not available. (AP Photo/Vadim Ghirda) 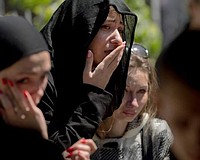 Putin: Troops pulled back from border with Ukraine