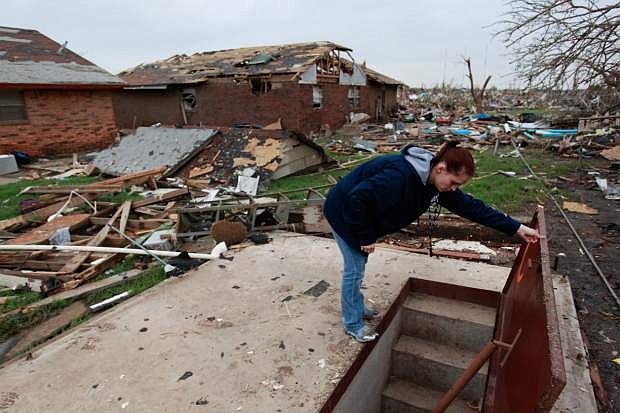 FILE - In this May 24, 2013, file photo, Sabrina Mitchell takes a peek inside a neighbor&#039;s storm shelter in Moore, Okla. The deadly tornadoes that killed more than 30 people scared Oklahomans in a way that previous storms had not, moving them to add tornado shelters or reinforced safe rooms to their homes. But the surge of interest in tornado safety has overwhelmed companies that build the shelters. Now there are long waiting lists, and many people have to endure the most dangerous part of the season with no added protection. (AP Photo/Brennan Linsley, File) 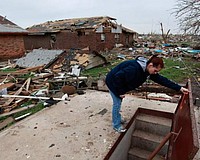