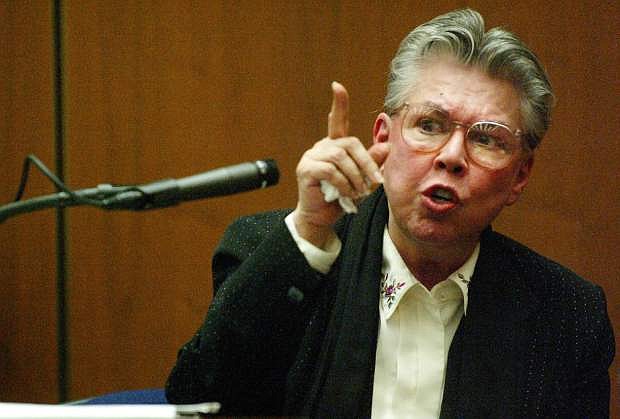 FILE- In this June 23, 2004 file photo, Sante Kimes testifies during her murder trial in Los Angeles Superior Court. A state prison spokeswoman says Kimes, who was convicted with her son of murdering a wealthy widow, has died in her cell at Bedford Hills Bedford Hills Correctional Facility in New York on Monday, May 19, 2014. She was 79. (AP Photo/Brian Vander Brug, Pool) 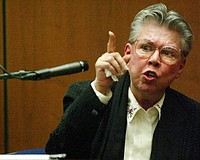