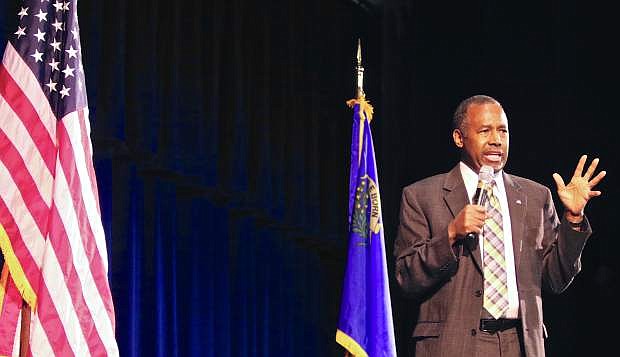 Retired neurosurgeon Dr. Ben Carson campaigns in Carson City Wednesday afternoon with hopes of becoming the Republican Party&#039;s presidential candidate in 2016. Roughly 400 people were in attendance at the Community Center. 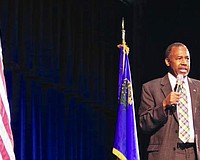