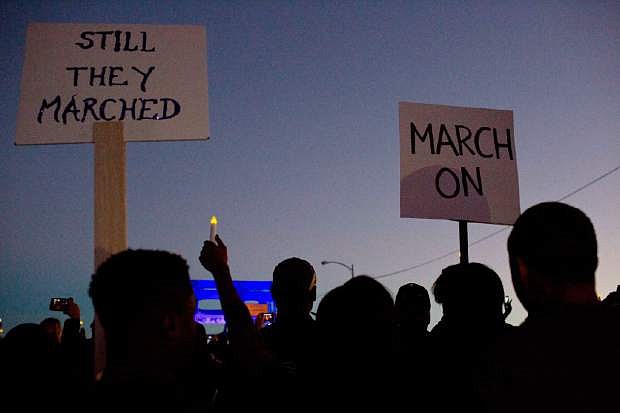 Marchers hold up a &quot;March On&quot; and &quot;Still They Marched&quot; signs as they make their way towards the Edmund Pettus Bridge the Edmund Pettus Bridge in honor of Martin Luther King Jr., Sunday, Jan. 18, 2015, in Selma, Ala. Several clebraties such as Oprah Winfrey, John Legend, Common, and David Oyelowo lock arms and march to promote the movie &quot;Selma.&quot;(AP Photo/Brynn Anderson) 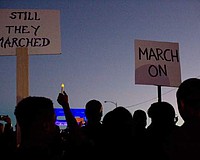 SELMA, Ala. — Oprah Winfrey, fellow actors from the movie “Selma” and hundreds of others marched to recall one of the bloodiest chapters of the civil rights movement on Sunday, the eve of the national holiday honoring Martin Luther King Jr.