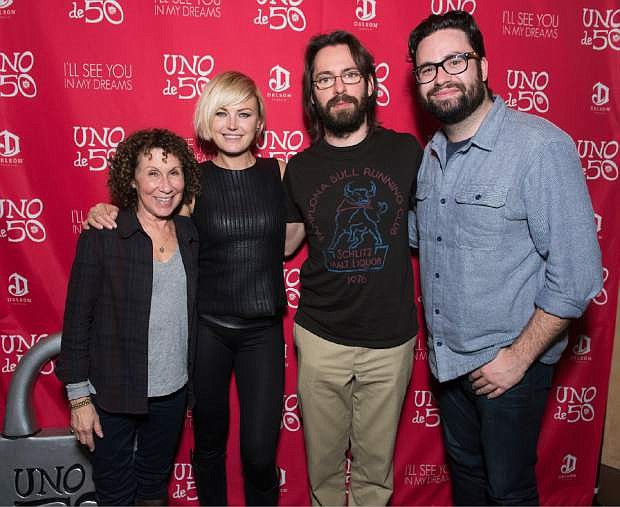 Actresses Rhea Perlman, from left, and Malin Akerman, actor Martin Starr and director Brett Haley attend the dinner for the film &quot;I&#039;ll See You In My Dreams&quot; celebrated by UNOde50 Jewelry during the 2015 Sundance Film Festival on Monday, Jan. 26, 2015, in Park City, Utah. (Photo by Arthur Mola/Invision/AP) 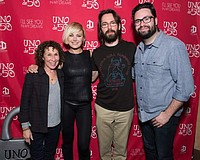 PARK CITY, Utah — The Associated Press is all over the Sundance Film Festival, from its premieres to the Hollywood glitz. Here’s what they’ve seen and heard: