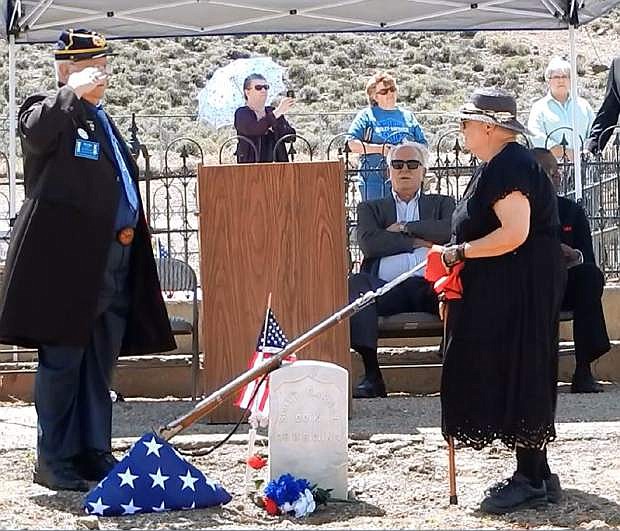 John Riggs of the Sons of Union Veterans of the Civil War, left, and Linda Clements of the Historical Society of Dayton Valley pay their respects to Pvt. Scott Carnal of the 1st Kansas Colored Infantry during a ceremony Sunday at his grave in Dayton. Carnal, a runaway slave who joined the Union Army during the Civil War and lost a leg after being wounded in battle, finally received recognition during a military funeral Sunday, nearly 100 years after he died in Nevada. 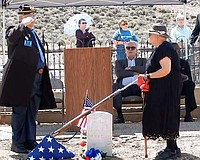