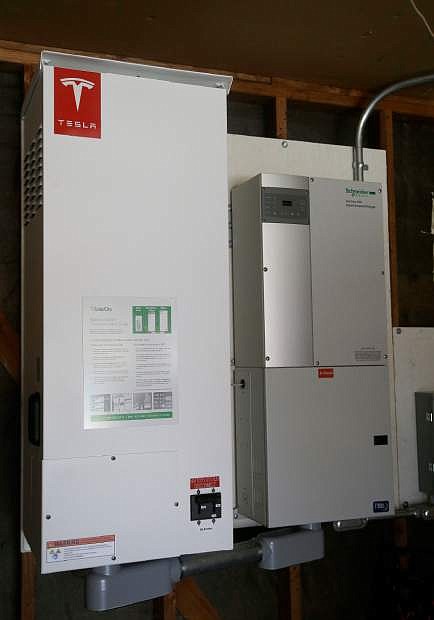 This April 20, 2015 photo shows a prototype Tesla battery system that powers the home of David Cunningham in Foster City, Calif. Cunnigham installed the battery late last year to pair with his solar panels as part of a pilot program run by the California Public Utilities Commission to test home battery performance. Tesla is expected to unveil a stationary battery for homeowners and businesses on Thursday, April 30, 2015. (AP Photo/Jeff Chiu) 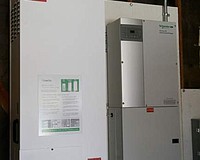