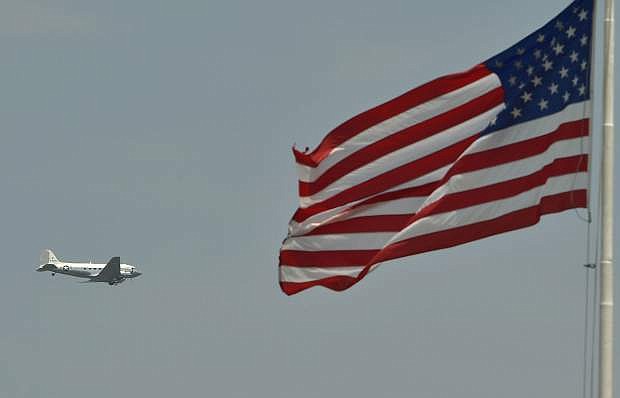 Vintage WWII aircraft fly over the nation&#039;s capitol as they participate in the Arsenal of Democracy event commemorating the 70th anniversary of Victory in Europe Day, May 8, in Washington, D.C. More than two dozen aircraft participated in the spectacle which followed a path along the Potomac River and passing over landmarks including the Lincoln Memorial and the Washington Monument. 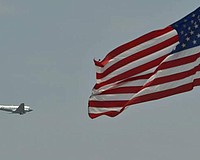