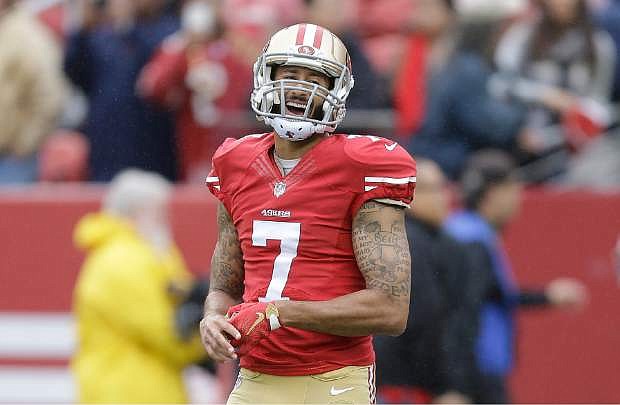 FILE - In this Nov. 8, 2015, file photo, San Francisco 49ers quarterback Colin Kaepernick (7) warms up before an NFL football game against the Atlanta Falcons in Santa Clara, Calif. The The 49ers announced Saturday, Nov. 21, 2015, that they placed Kaepernick on the injured reserve list. (AP Photo/Ben Margot, File) 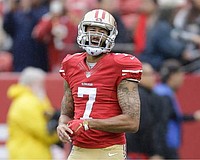