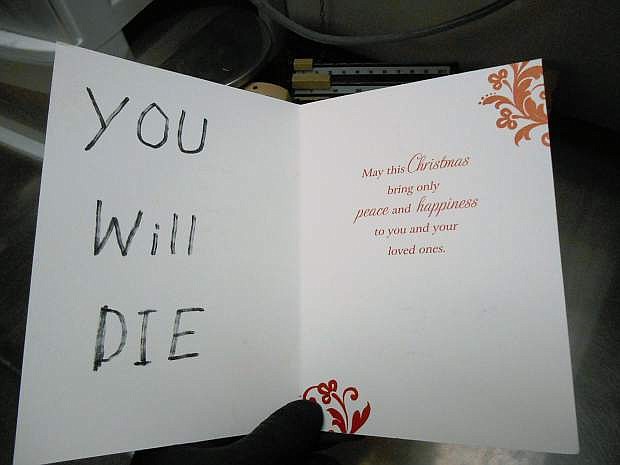 Death threats made against a Carson City District Court judge included a Christmas card with the words “You Will Die” inside, the Carson City Sheriff’s Office reported Thursday. The Sheriff’s Office, in conjunction with the Nevada Department of Public Safety Investigation Division, has been investigating multiple incidents of attempted violence against Carson City Judge John Tatro. Tatro received a written threat last December, when a Christmas card was addressed to the Tatro home with the words “You Will Die” inside.