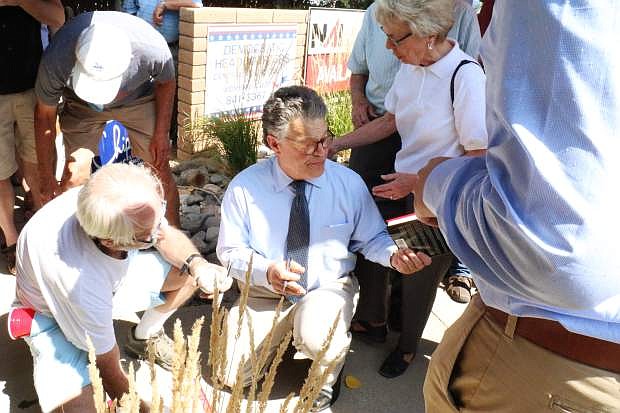 Al Franken signs one of the books he authored for a rally attendee Saturday. 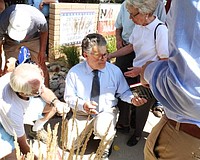 Senator Al Franken of Minnesota, known for his political satire and his time on “Saturday Night Live” before entering office, took his best comedic shots at Donald Trump while supporting Democrats during a rally held in Carson City on Saturday.