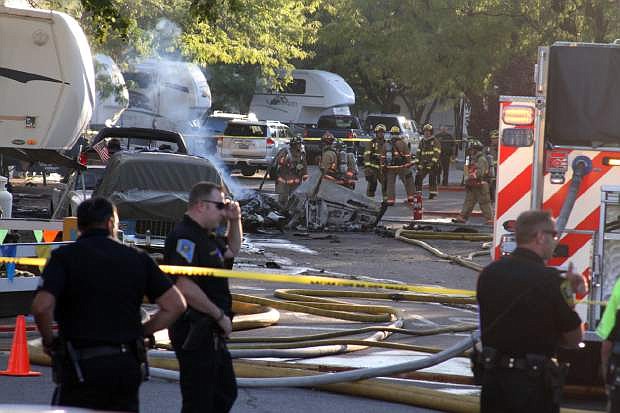 Police and firefighters work at the site of a small plane crash at an RV park Tuesday, Aug. 30, 2016, in Sparks, Nev. Federal Aviation Administration spokesman Ian Gregor says the single-engine plane crashed for unknown reasons into the Rivers Edge RV Park in Sparks about a half-mile from the Reno-Tahoe International Airport about 6:15 p.m. Tuesday. The condition of the pilot or anyone else who may have been aboard is unclear, but there were no injuries on the ground. (Jose Olivares/The Reno Gazette-Journal via AP) 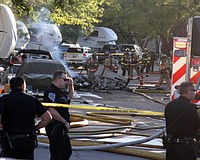 2 dead in plane crash at Sparks RV park near airport