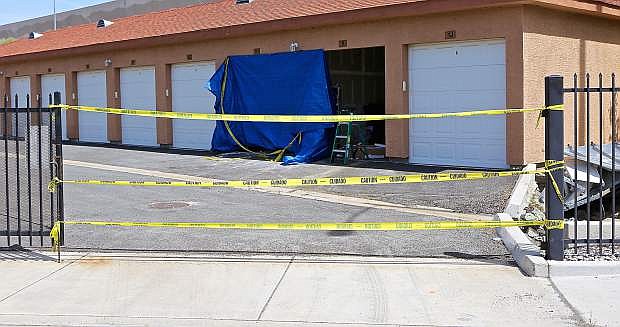 The damage after a Carson City Sheriff&#039;s Office patrol car was driven in to a storage unti at the Dolphin Bay apartments in Carson City. 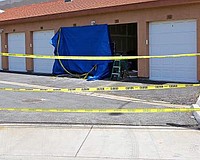 An armed robbery ended with two crashed police cars and one person in the hospital Thursday morning. The strong armed robbery happened about 3:15 a.m., at the North Carson Street 7-Eleven. The clerk reported a man walked in with a gun and demanded alcohol before filling a bag with bottles of liquor.