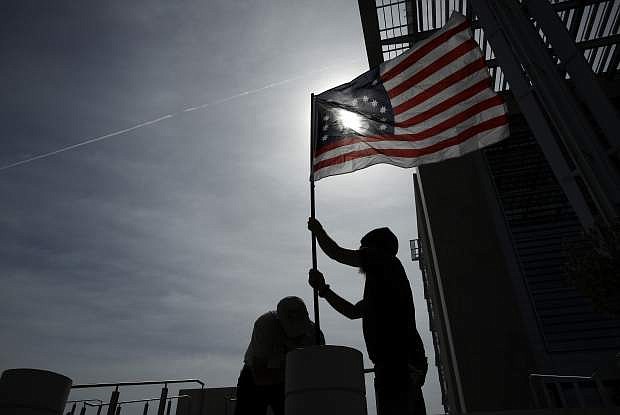 Supporters raise a flag outside of the federal courthouse Monday, April 24, 2017, in Las Vegas. A jury found two men guilty of federal charges Monday in an armed standoff that stopped federal agents from rounding up cattle near Cliven Bundy&#039;s Nevada ranch in 2014. Jurors said they were deadlocked on charges against four other men, and the judge told them to keep deliberating. (AP Photo/John Locher) 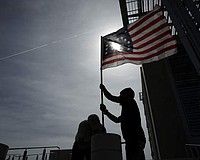