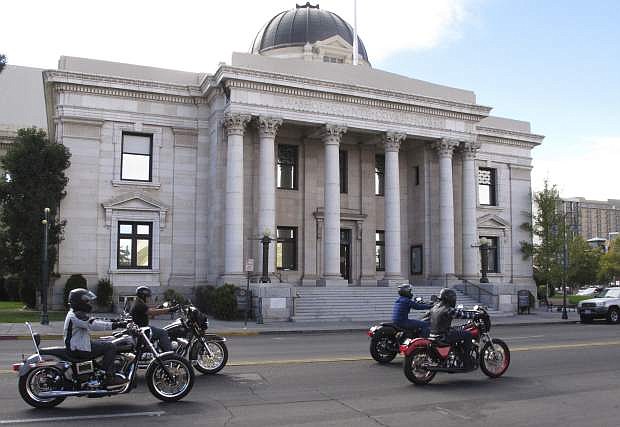 FILE - In this Sept. 23, 2016, file photo, motorcyclists drive pass in front of the Washoe County Courthouse downtown Reno, Nev. marking the fifth anniversary of a deadly shootout at a casino in neighboring Sparks between the Hells Angels and Vagos gang in 2011. Gary Rudnick, the star witness who helped convict the triggerman, Ernesto Gonzalez, who killed a high-ranking Hells Angels&#039; boss at a Nevada casino in 2011 said he was lying when he testified that the shooting was an assassination plot orchestrated by a rival motorcycle gang, according to documents obtained by The Associated Press. Gonzalez is scheduled to be tried again in August 2017 after his conviction was tossed on a technicality. (AP Photo/Scott Sonner, File) 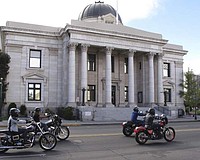