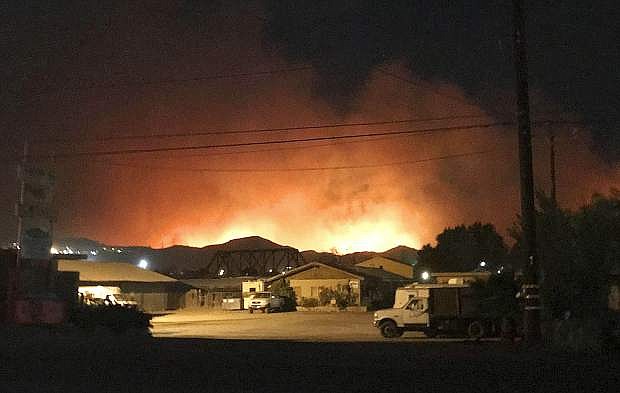 Flames from a wildfire loom up over a neighborhood in Santa Paula, Calf., Monday, Dec. 4, 2017. Ventura County fire officials say the blaze broke out Monday east of Santa Paula, a city of 30,000 people about 60 miles northwest of downtown Los Angeles. Powerful winds are pushing the blaze west toward the city along Highway 150, which is shut down. (Megan Diskin/The Ventura County Star via AP) 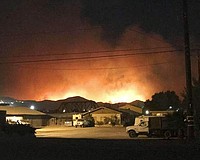