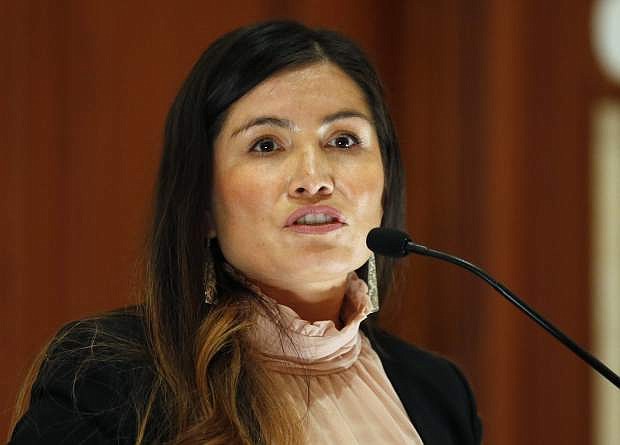 In this Monday, Dec. 4, 2017 photo, Navajo Nation Attorney General Ethel Branch speaks during a news conference in Salt Lake City. President Donald Trump&#039;s rare move to shrink two large national monuments in Utah triggered another round of outrage among Native American leaders who vowed to unite and take the fight to court to preserve protections for lands they consider sacred. Branch said only Congress, not the president, has the power to reduce a national monument, something that the tribal coalition argued in its lawsuit. (AP Photo/Rick Bowmer) 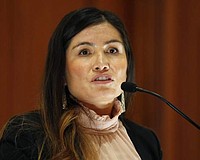