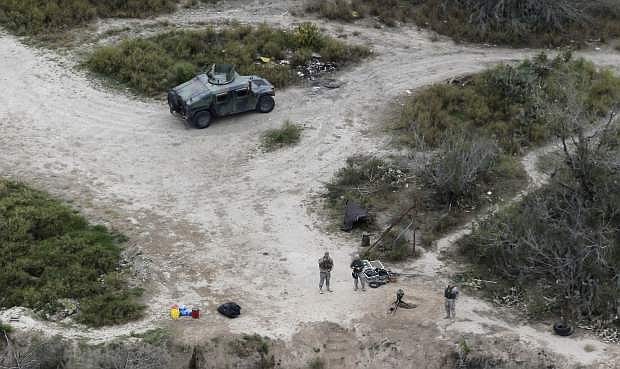 FILE - In this Feb. 24, 2015, file photo, members of the National Guard patrol along the Rio Grande at the Texas-Mexico border in Rio Grande City, Texas. The Trump administration is considering a proposal to mobilize as many as 100,000 National Guard troops to round up unauthorized immigrants, including millions living nowhere near the Mexico border, according to a draft memo obtained by The Associated Press. (AP Photo/Eric Gay, File) 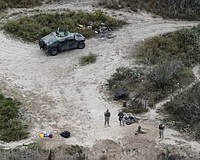