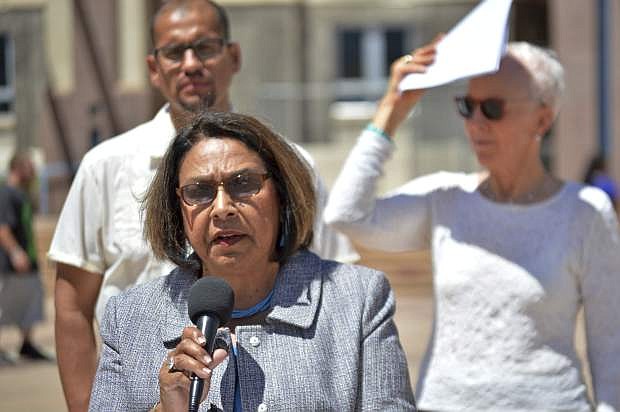 FILE - In this May 5, 2016, file photo, state Rep. Patricia Roybal Caballero, D-Albuquerque, speaks at a press conference by the Democratic Party of New Mexico in downtown Albuquerque, N.M. Caballero has introduced a bill that would prohibit New Mexico police departments or sheriff&#039;s offices from cooperating with federal agents in deporting immigrants suspected of living in the country illegally. (AP Photo/Russell Contreras, File) 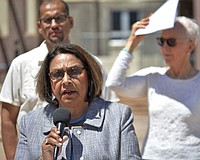