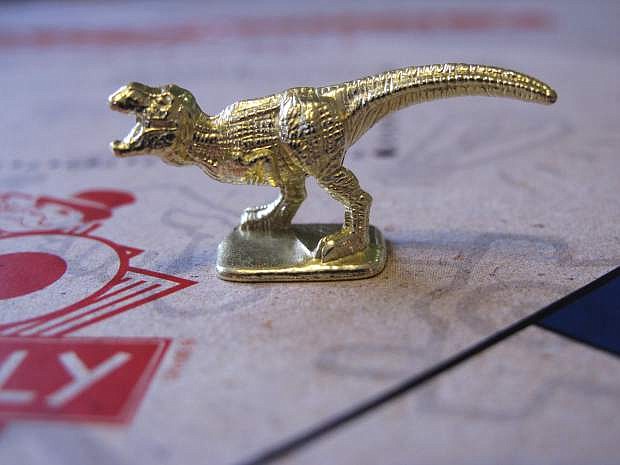 This March 15, 2017 photo shows the T-Rex dinosaur, one of three new tokens that will be included in upcoming versions of the board game Monopoly, in Atlantic City, N.J. Hasbro Inc. revealed the results of voting on Friday, March 17, 2017. Leaving the game will be the boot, wheelbarrow and thimble tokens. (AP Photo/Wayne Parry) 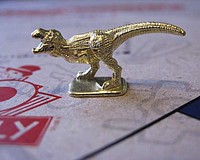 The Popcorn Stand: Monopoly goes to the birds