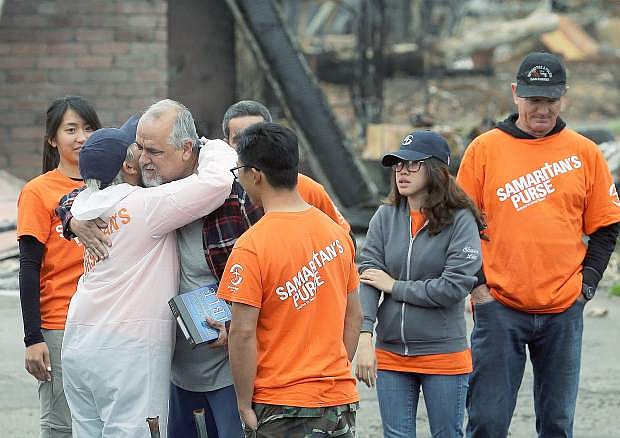 Larry Keyser, third from left, hugs volunteers from Samaritan&#039;s Purse disaster relief after they helped him sift through remains of his family&#039;s home destroyed by fires in the Coffey Park area of Santa Rosa, Calif., Wednesday, Nov. 8, 2017. Rumbling front loaders began scraping up the ash and rubble of nearly 9,000 destroyed homes and other structures in Northern California this week as the U.S. Army Corps of Engineers launched a new phase of the largest wildfire clean-up in the state&#039;s history. 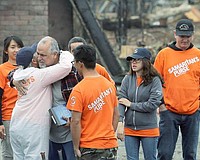