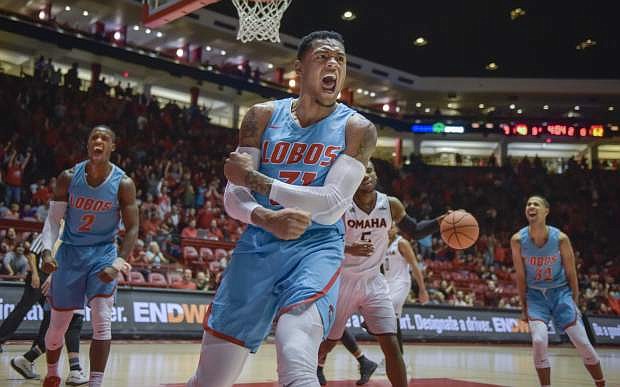 New Mexico&#039;s Troy Simons reacts after a dunk against Omaha during a game Tuesday in Albuquerque, N.M. 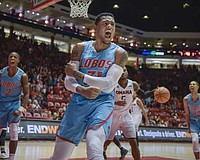 A new coach and a lot of new faces. Welcome to the 2017-18 version of the New Mexico Lobos. Craig Neal was jettisoned after last season’s fifth-place finish in the conference and a one and done effort in the conference tournament. Neal was 76-52 in four seasons.