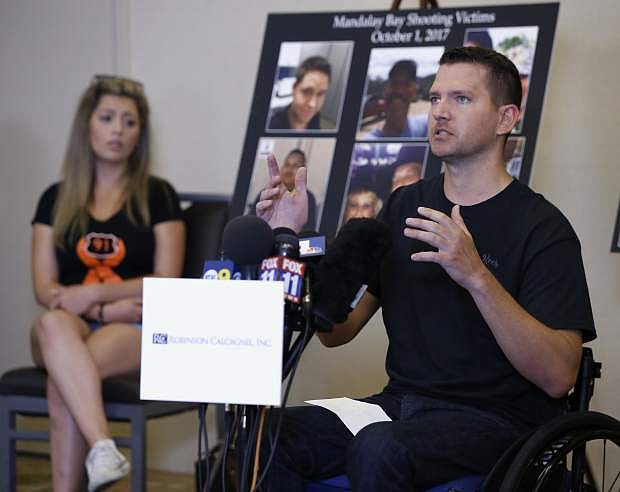 Jason McMillan, 36, of Riverside, a Riverside County Sheriff&#039;s deputy who was shot and paralyzed in the Oct, 1, 2017, Las Vegas shooting, talks about that evening and is upset MGM&#039;s decision, during a personal account brought together by attorneys at a news conference in Newport Beach, Calif., Monday, July 23, 2018. His fiance Fiorella Gaeta sits at left. Victims of the fatal mass shooting at a Las Vegas country music festival are outraged they are being sued by MGM, which owns the hotel where the gunman opened fire. (AP Photo/Alex Gallardo) 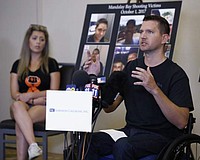 NEWPORT BEACH, Calif. — Victims of a fatal mass shooting at a Las Vegas country music festival said Monday they were outraged when they learned they were being sued by the company that owns the hotel where the gunman opened fire.