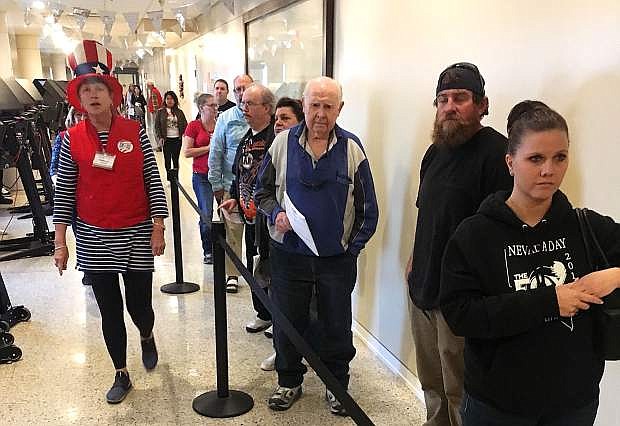 Voters wait in line earlier Tuesday to vote during the general election. 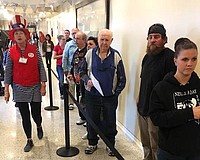