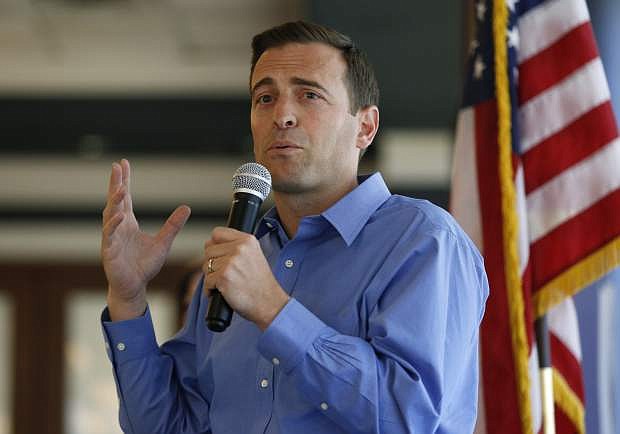 File - In this Aug. 28, 2018 file photo, Nevada state Attorney General Adam Laxalt speaks at the Southern Hills Republican Women&#039;s Club in Henderson, Nev. The Republican gubernatorial candidate said Saturday, Sept. 29, 2018, he was a &quot;reckless and foolish&quot; teen when he was arrested for assaulting a police officer more than 20 years ago in Virginia. Records obtained by the Reno Gazette Journal from the city of Alexandria show the Nevada attorney general was taken into custody for underage drinking in 1996. (AP Photo/John Locher, File) 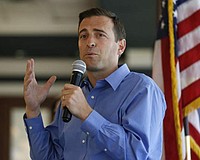 Laxalt under fire amid arrest report