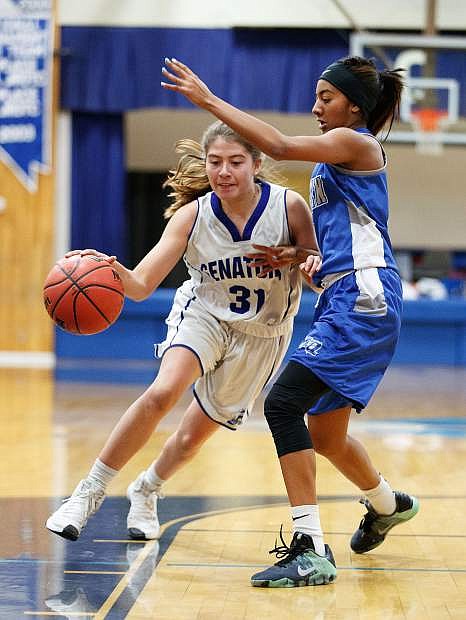 Carson Senator Naycy Alvarez drives into the paint during the game between the McQueen Lancers and Carson High Senators at Carson High School, Carson City, NV 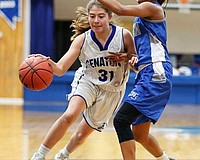 Carson High’s struggles at the end of games could be attributed to the fact they’ve hardly ever been at full strength, but Senator coach Doug Whisler won’t use that as an excuse.