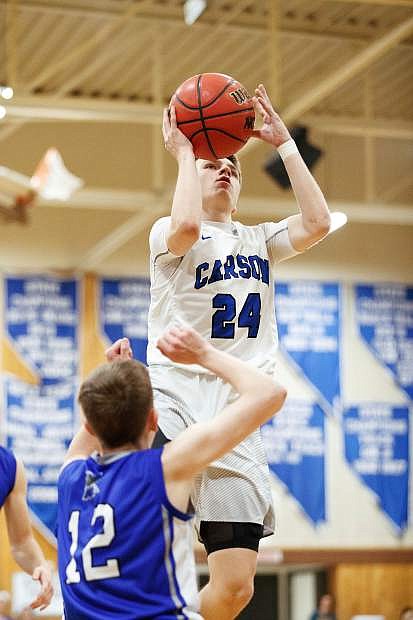 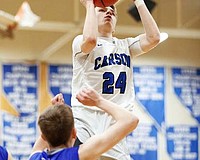 The Carson boys basketball team had just come back to force a 40-40 tie midway through the fourth quarter and appeared to have forced a turnover when an errant pass was heading out of bounds.