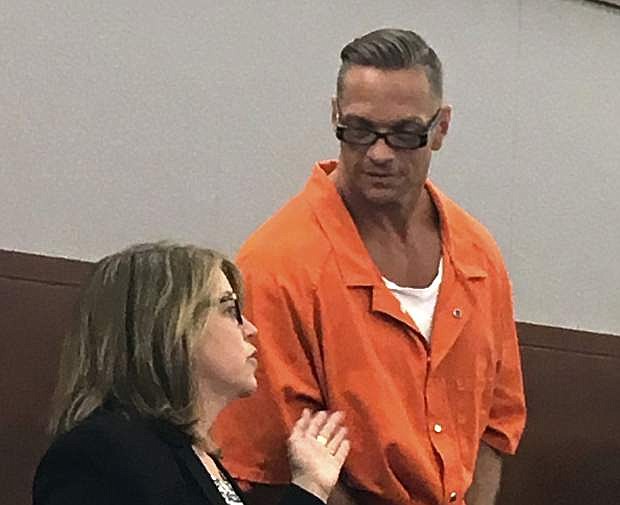 FILE - In this Aug. 17, 2017, file photo, Nevada death row inmate Scott Dozier, right, confers with Lori Teicher, a federal public defender involved in his case, during an appearance in Clark County District Court in Las Vegas. Nevada prison officials say death row inmate Dozier has gone to great lengths to try to kill himself while awaiting execution, including attempting to obtain a fatal drop of a deadly drug on a piece of paper sent through prison mail. (AP Photo/Ken Ritter, File) 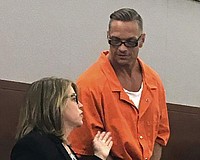 LAS VEGAS — The apparent suicide of a Nevada death-row inmate who said he wanted to die and tried several times to kill himself amid court fights and postponements of his execution has renewed a debate over his treatment and the death penalty itself.