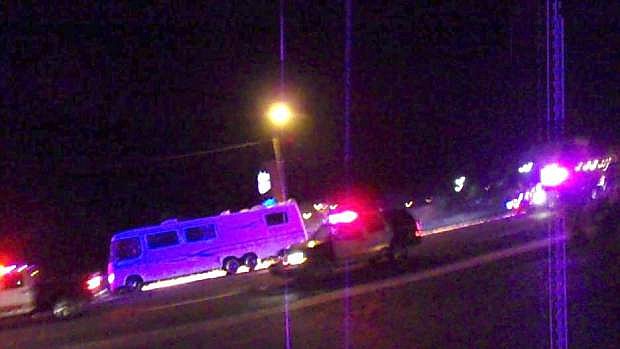 A motorhome appears to ride on a shower of sparks as deputies chase it through Minden late Sunday night. 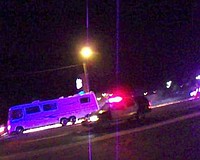 A $10,000 nationwide warrant was issued for the arrest of a California man accused of eluding officers in two counties in a motorhome after he failed to appear in Douglas County District Court on Monday.