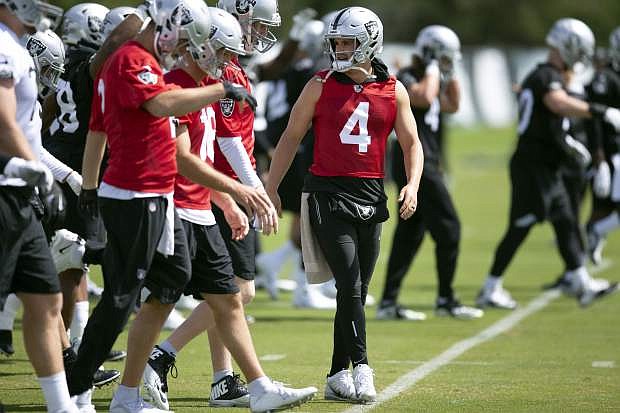 Oakland Raiders quarterback Derek Carr (4) works out with his teammates during an official team activity, Tuesday, May 21, 2019, at the NFL football team&#039;s headquarters in Alameda, Calif. (AP Photo/D. Ross Cameron) 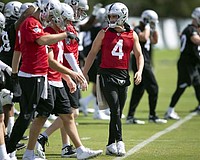 Carr back for 6th year as Raiders QB after offseason rumors

ALAMEDA, Calif. — Derek Carr acknowledged that all the speculation about whether the Oakland Raiders would draft a quarterback this offseason to replace him as starter got annoying, even if he was confident it wouldn’t happen.