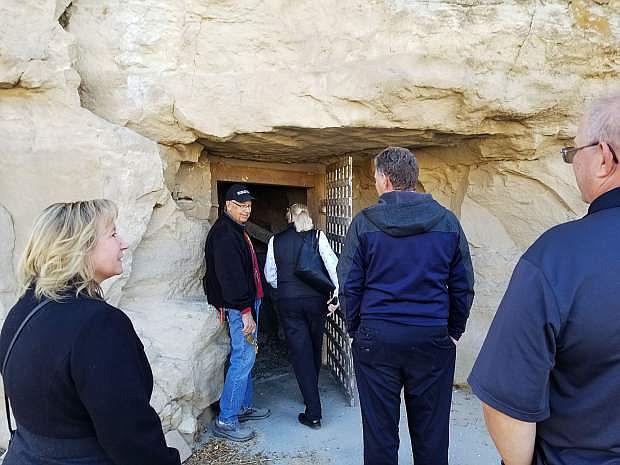 Glen Whorton, president, Nevada State Prison Preservation Society, leads a tour into the Cave, which was used for solitary confinement up until 1961 when the C-block inside the prison was completed. 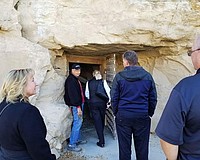 The historic Nevada State Prison needs roughly $50,000 in work to open its doors as a museum. Glen Whorton, president, Nevada State Prison Preservation Society, said the society has already spent about $30,000 on the site, including making one bathroom handicap-accessible. A needed ADA-compliant ramp, asbestos removal, lighting, and a hook-up to electricity, he estimated, could be completed for approximately $50,000.