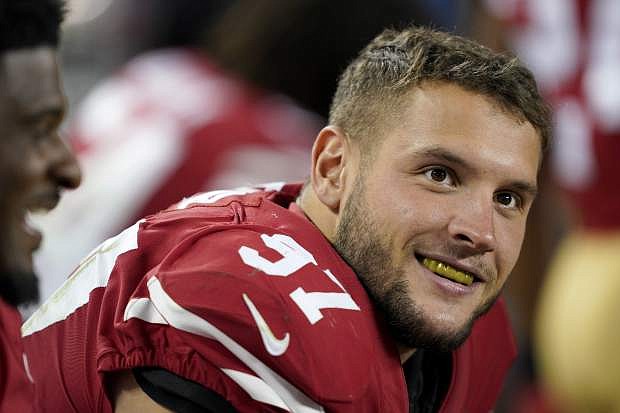 San Francisco 49ers defensive end Nick Bosa (97) smiles on the sideline during the second half of an NFL football game against the Cleveland Browns in Santa Clara, Calif., Monday, Oct. 7, 2019. (AP Photo/Tony Avelar) 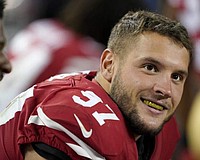 SANTA CLARA, Calif. — The San Francisco 49ers had high expectations when they drafted Nick Bosa with the second pick in the draft. Through just four games, he may have already exceeded those expectations.