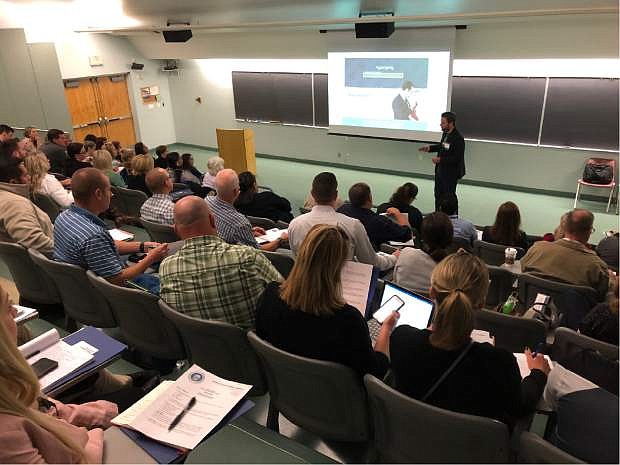 Rob Spectre of Brooklyn, founder and CEO of Childsafe.ai, a company that builds chatbots and sends decoy messages by text to deter buyers, describes in detail the tactics Childsafe employs on a 24-hour basis at Tuesday&#039;s Carson City human trafficking summit at Western Nevada College. The summit was sponsored by Nevada Attorney General Aaron Ford, his staff and U.S. Sen. Catherine Cortez Masto. 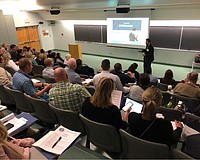 The Nevada Attorney General’s Office is pushing to be at the forefront of a national effort to eliminate human trafficking in the Silver State.