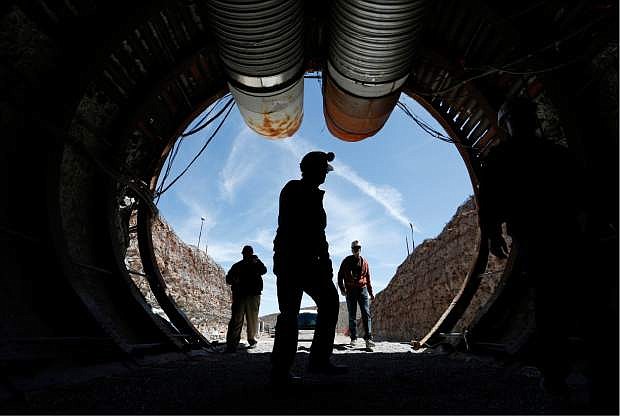 FILE - In this April 9, 2015, file photo, people walk into the south portal of Yucca Mountain during a congressional tour of the proposed radioactive waste dump near Mercury, Nev., 90 miles northwest of Las Vegas. A federal judge in Reno has agreed to allow Nevada to amend its lawsuit in an ongoing legal battle with the U.S. Energy Department to try to show why the government should be forced to remove weapons-grade plutonium it secretly shipped to a site near Las Vegas last year over the state&#039;s objections. (AP Photo/John Locher, File) 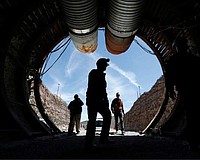 Judge allows Nevada to amend suit over removal of plutonium

RENO — A federal judge agreed Monday to allow Nevada to amend its lawsuit against the U.S. Energy Department as the state tries to force the agency to remove weapons-grade plutonium it secretly shipped to a site near Las Vegas.