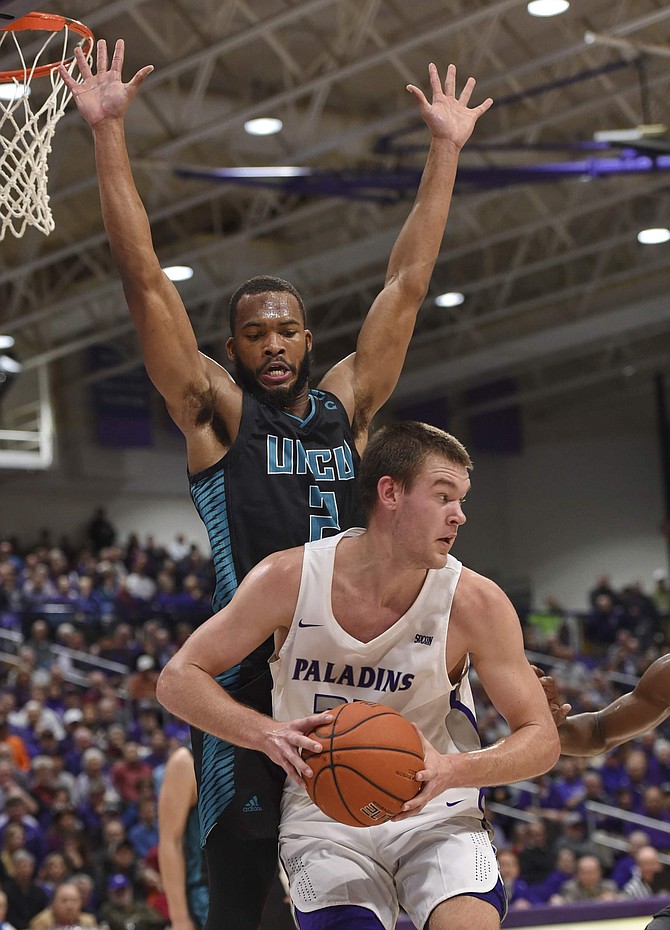 FILE - In this Dec. 15, 2018. file photo, Furman&#039;s Matt Rafferty works against North Carolina Wilmington&#039;s Jeantal Cylla during the first half of an NCAA college basketball game in Greenville, S.C. Eric Musselman, the new coach at Arkansas, relied heavily on transfers at Nevada and bolstered his new team with graduate transfers Cylla from UNC Wilmington and Jimmy Whitt Jr. 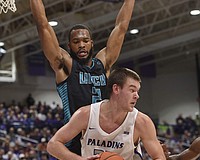 Eric Musselman’s Nevada teams played an up-tempo style predicated on crisp passing and 3-point shooting. The Wolf Pack certainly had success with it, earning three straight trips to the NCAA Tournament for the second time in program history.