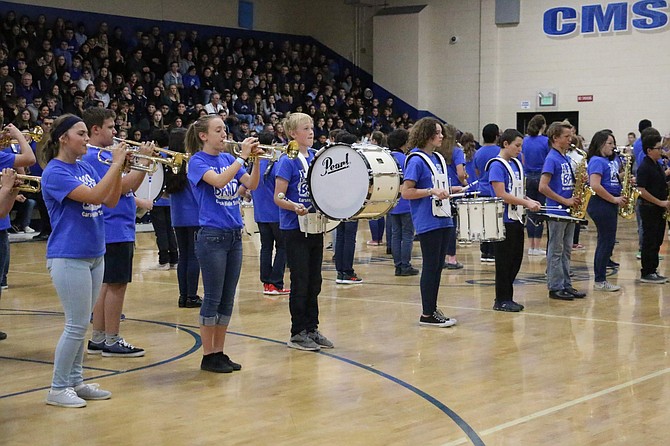 The Carson Middle School band performs Thursday before their band teacher Nicolas Jacques is announced as a 2019-20 Milken Educator Award recipient in their school gym. 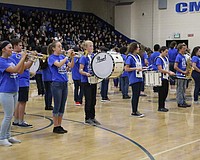 Carson Middle School teacher Nicolas Jacques nearly skipped to the beat of his students’ music Thursday when he was announced as a 2019-20 recipient of the Milken Educator Awards.