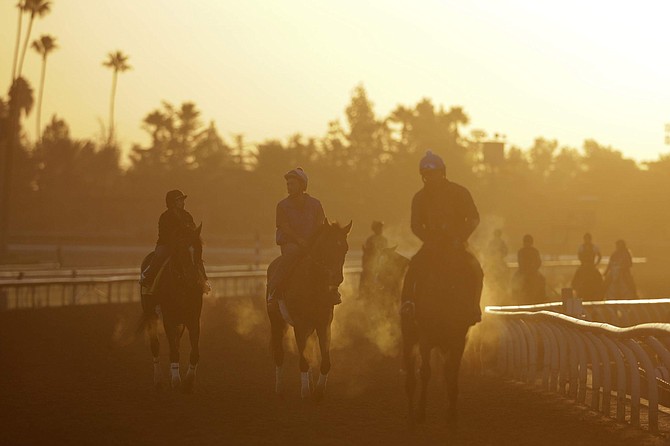 FILE - In this Oct. 28, 2014, file photo, exercise riders and horses walk along the track during morning workouts for the Breeders&#039; Cup races at Santa Anita Park in Arcadia, Calif. A 3-year-old gelding was fatally injured in the fifth race at Santa Anita, becoming the 34th horse to die at the track since December. Santa Anita is set to host the Breeders&#039; Cup world championships for a record 10th time on Nov. 1-2, 2019. (AP Photo/Jae C. Hong, File) 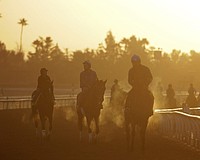 RENO — Congressional Democrats are demanding the Interior Department produce an overdue report on plans to manage wild horses roaming federal lands in the West after the head of its public lands agency told reporters it will take $5 billion and 15 years to get overpopulated herds under control.